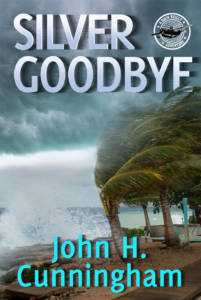 “A fresh, snappy, and exhilarating adventure with a recurring hero.”–Kirkus Reviews

As a hurricane rages, a treasure hunter searches Key West for a cache of drug money tied to his father in this seventh installment of a series.

Though it’s been nearly a decade since his parents’ deaths, Buck Reilly is just now going through their personal effects. He makes a startling discovery: Based on names and places his father, Charles B. Reilly Jr., had documented, Buck surmises he may have been a drug smuggler years before working for the State Department. Charlie had two partners: Frank Graves, who did a 20-year prison stint, and Tommy Diaz, who was murdered by the Medellín cartel. Buck hopes to shed light on his dad’s past by talking to Graves’ ex-wife, Eleanor, and Diaz’s daughter, Jade. They are both in Key West, where Buck also resides. But it turns out an unusual sketch among Charlie’s effects is part of a map to the partners’ drug fortune—and Jade has the other half. The two decide to work together, despite Hurricane Irma on a destructive path to Key West. So as locals wisely evacuate, Buck and Jade hunt for hidden cash. But they aren’t the only ones looking, and greed soon ignites a string of potentially lethal double crosses. From the start, Cunningham (Free Fall to Black, 2017, etc.) establishes the story’s uneasy atmosphere, as Buck hears reports of ongoing hurricanes.