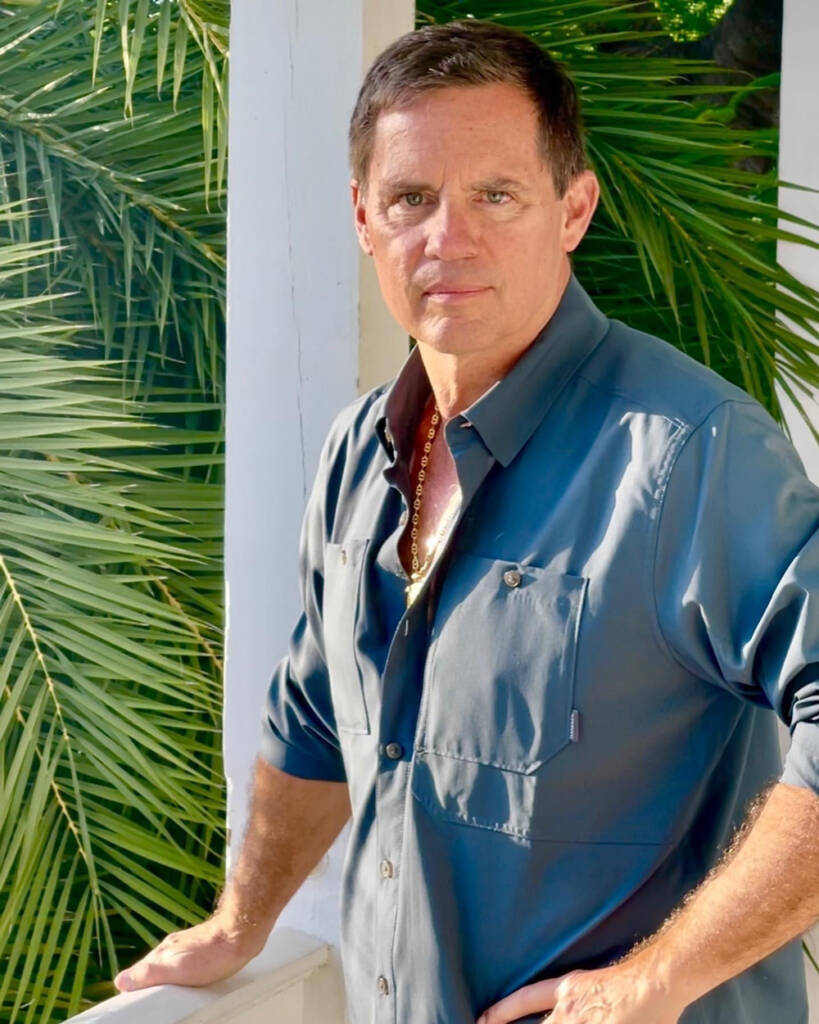 Through the years, John has been a bouncer at a Key West nightclub, a diver, pilot, magazine editor, commercial developer, song writer and global traveler. He has either lived in or visited the many island locations that populate the series, and has experienced or witnessed enough craziness and wild times to keep the Buck Reilly series flowing. John mixes fact with fiction and often includes real people in his novels, like Jimmy Buffett, Chris Blackwell, Matt Hoggatt, Thom Shepherd, Dave McKenney, Keith Sykes, Marius Stakelborough, Bruno Magras and Bankie Banx to augment the reader’s experience.

Adhering to the old maxim, “write what you know,” John’s books have an authenticity and immediacy that have earned a loyal following and strong reviews. Buck Reilly is a reflection of us all, including our frailties, strengths, dreams, fears, successes, failures, mistakes and occasional victories. No government agency, team of soldiers, unlimited cash, or secret agents are coming to Buck’s rescue, because, well they’re not coming to rescue us either, are they?

John lives in Virginia and Key West, and spends much of his time traveling. His choices for the places and plots that populate the Buck Reilly series include many subjects that he loves: Key West, Cuba, Jamaica, and multiple Caribbean settings, along with amphibious aircraft, colorful characters, and stories that concern themselves with the same tensions and issues that affect all of our lives.

Sign up to receive exclusive author news and cool stuff.