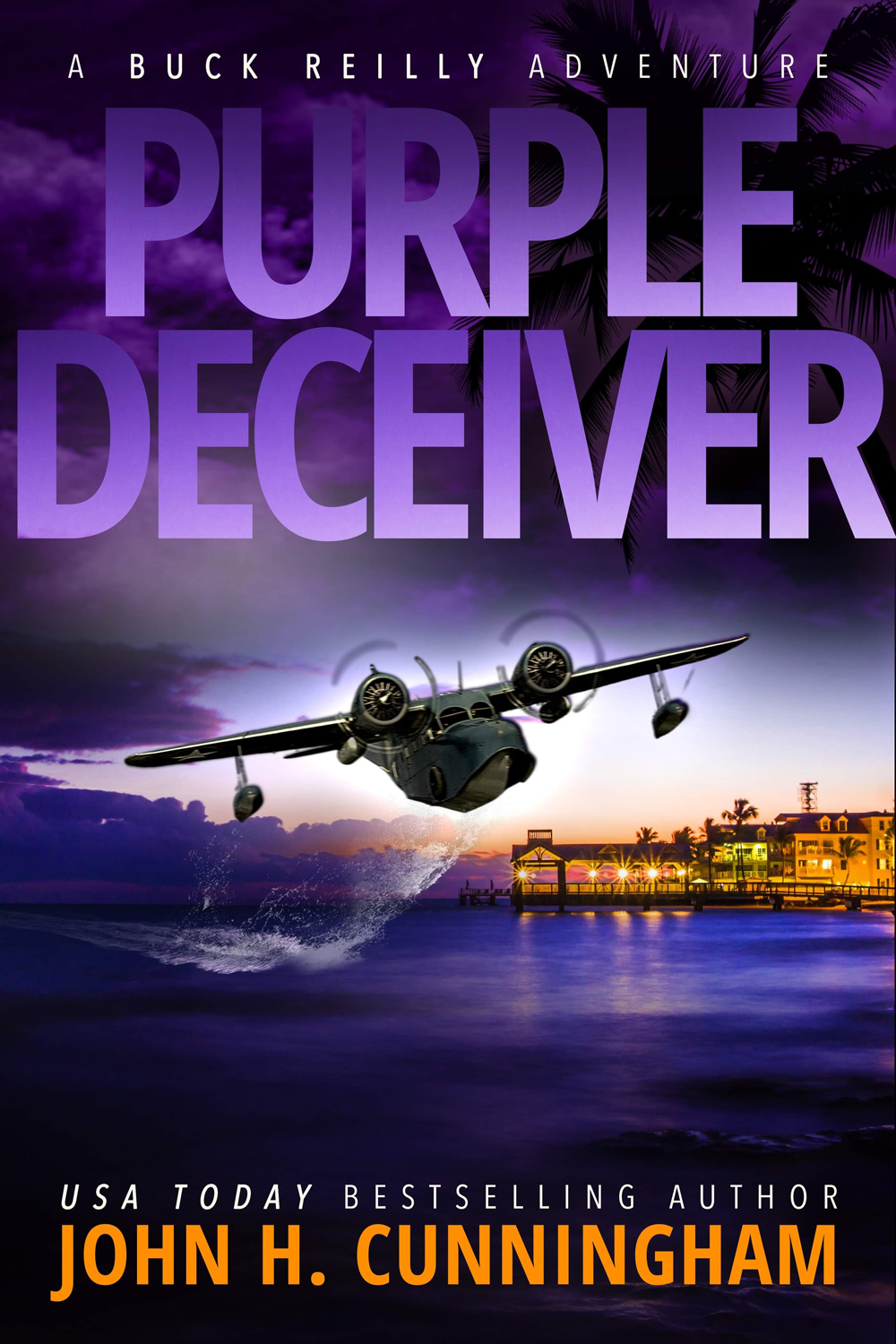 After years of recovering from the collapse of his once successful life, Buck Reilly is finally back on top, freshly re-coronated as King Buck, globally recognized as a world-class archeologist riding the wave of success but blinded to the demons ascending from the depths of his past. Inconsistencies on where he’d recently found the riches from the wreck of the Nuestra Señora Farnese, and the disappearance of his former partner, Jack Dodson, threaten to knock him off his precarious pedestal and push him into the deepest pit of his life. Multiple law enforcement agencies loom, and with his back against the wall, Buck reluctantly pursues a mysterious cache of supposed great value hidden by the original owner of Key West, John W. Simonton, in the hope of altering his sudden spiral. But he’s not alone. Dozens of professional and amateur treasure hunters are also in pursuit of the Simonton mystery, and some will stop at nothing to find it first.

Heather Drake, Buck’s ex-wife, and his eclectic Key West friends rally to try and save him before it’s too late, but the odds are heavily stacked against them. Can they find the two-hundred-year-old stash, and do so before the world closes in? Would there be sufficient value to help Buck fight the pending charges that could land him in the worst jail in the Bahamas for the rest of his life? Or is this the end of the line for Last Resort Charter and Salvage? Get ready to solve the cryptic clues and buckle up for a grueling race against the clock.