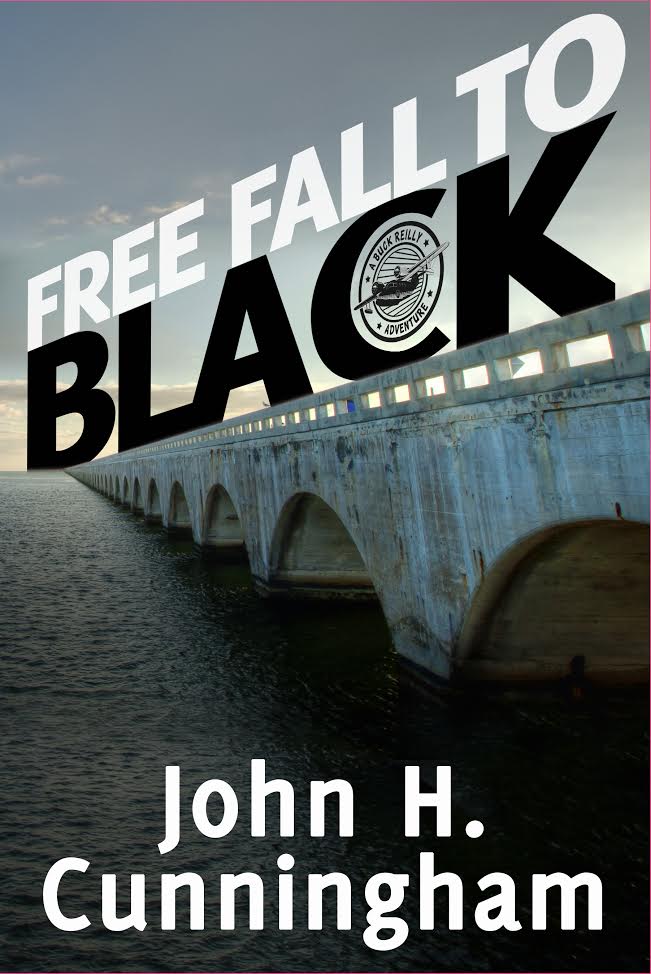 Travel back to 2006 and the penultimate moment of Buck Reilly’s former success when he discovers the crypt of the Mayan Serpent King and royal treasury in Guatemala, then marries top super model Heather Drake, and bask in his fifteen minutes of fame–before it suddenly blows apart. By 2008, with the world economy on the brink of collapse, Buck and Jack Dodson’s company is already under siege due to fraud, backstabbing and greed that turns their friends and family alike into adversaries. Hubris and hasty decisions lead to irreversible consequences, and when a business partner turns up dead, business as usual isn’t business any more. For fans of the Buck Reilly series, buckle up for the turbulent ride that led him to Last Resort Charter and Salvage in Key West, and for new readers, this prequel will launch you into the six book series with your eyes wide open, and Buck’s scars still fresh. Read an excerpt here!

“While I was on our beach vacation, my friend, John Cunningham, asked me to do a preview review of his new volume in the Buck Reilly series. Given grandkids and other matters, I never did get to it on vacation. Coming back two days ago, I had to clear a week’s worth of work from my office, so I found myself late Sunday night looking at “Silver Goodbye”, which led into an early Monday morning because I could not put it down!! How could I? Buck and the other cast of characters, a torn treasure map, deep secrets from his father’s past, a beautiful barmaid, Pablo Escobar and the Colombian drug cartels, death squads, secret tunnels, and Hurricane Irma bearing down on Key West had me hanging on every well-written word!! For readers of the series, you are in for a treat!! And for those of you who have yet to discover this series, I suggest you go get “Red Right Return” and start from the beginning. I guarantee you will be hooked!! I have to talk to John and see if Jake Sullivan can catch a ride on The Beast!!” — Chip Bell, Jake Sullivan Series

“Early in this tale, Buck uncovers some new information that has a dramatic impact on his life. Normally, his seaplanes take him to various exotic locations, but this time he’s stuck in Key West during Hurricane Irma. That doesn’t stop him from unraveling the mystery the new information hinted at. Unsavory characters and never ending action pull you through the pages so fast that you can’t stop. Silver Goodbye is a fantastic addition to the series.” —Ed Robinson, author of the Trawler Trash Series