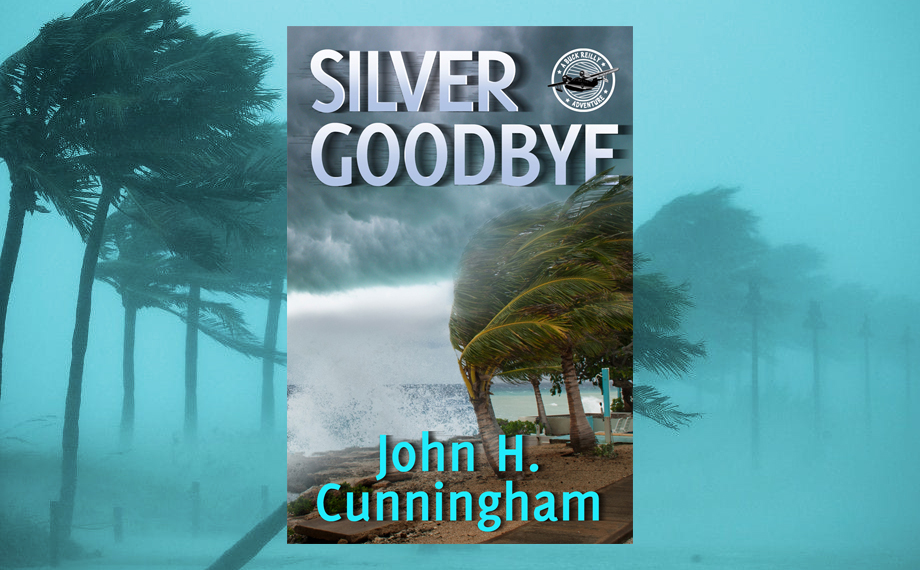 Readers of the Buck Reilly Adventure Series have a new novel to pack for end of summer trips with the release of SILVER GOODBYE. John H. Cunningham’s seventh novel in the acclaimed series finds Buck living comfortably at the La Concha Hotel in Key West and staying out of trouble for once in his life. However, there’s a big BUT coming…

Buck discovers something shocking and sordid about his role model father, who appeared to everyone to have led an exemplary life as an Undersecretary of State with the State Department. The revelation sends Buck in search of answers to a thirty-year old family mystery and a cache of untold riches. As any good Buck Reilly Adventure would have it, there is always a beautiful woman, a treasure, and an enemy hell bent on making sure Buck doesn’t see the light of another day.

To make matters worse, Hurricane Irma is ripping a path of destruction through the Caribbean, forcing Buck to race against its descent onto the Keys to save the girl and find the buried stash before the storm surge washes it away.